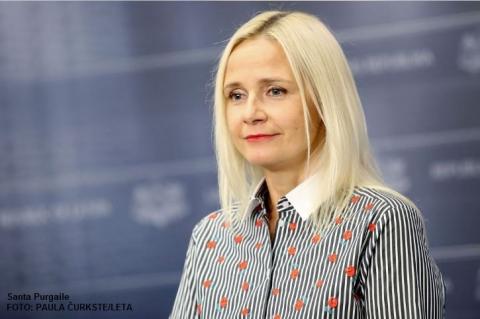 Saeima on 24th of October approved the appointment of Santa Purgaile, a former board member at Citadele Bank, as the next head of the Financial and Capital Market Commission (FCMC).

Purgaile’s candidacy was approved by 55 votes to four, with 21 abstentions. In the vote, Purgaile’s appointment was supported by coalition lawmakers and four MPs of the opposition Union of Greens and Farmers. Voting against the candidate were four independent MPs – Linda Liepina, Karina Sprude, Julija Stepanenko and Didzis Smits. MPs of the opposition Harmony group abstained from voting. Another five lawmakers did not register for the vote.

As reported, Purgaile was selected for FCMC chairperson in a tender and the Cabinet of Ministers approved her nomination for the position.

Purgaile has been working at Citadele bank since 2012 – as the business development director, and since 2017 as the corporate business director. Purgaile has also been a member of the management board at Citadele bank. Prior to joining Citadele’s Management Board, Purgaile ran SEB Bank’s private banking business in Latvia and the Baltic states. She has also served as director of SEB Bank’s SME Business Support and before that as director of Vidzeme region. Santa holds a master’s degree in international economics and business.

Prime Minister Krisjanis Karins (New Unity) told journalists earlier that he has full confidence in the selection procedure and trust in Purgaile as the nominee for FCMC head.