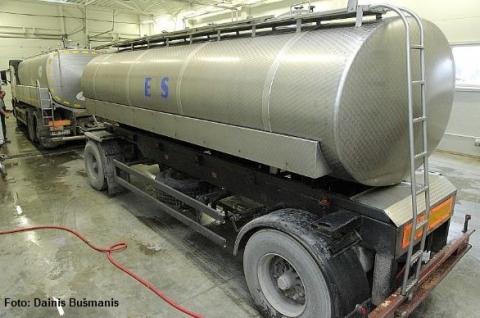 The volume of raw milk delivered to Latvia in the first nine months of this year has increased by 0.4% compared to the same period last year and was 600 626 tons, according to the data of the Agricultural Data Centre.

European Commission (Dairy Market Observatory) data on preliminary milk purchase price data of European Union (EU) Member States show that in Latvia the price in September was 285 EUR/ton, which is 0.5% more than a month before, when it was 283.7 EUR/ton.

By contrast, the EU average preliminary purchase price for milk in September this year was 337.8 EUR/ton, up 0.4% from the previous month.