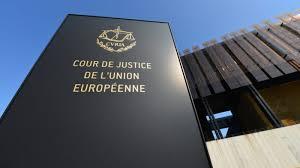 On June 11, 2020 the Court of Justice of the European Union (the Court) has delivered a judgment in case C‑206/19 on the compliance of Article 28.1, Paragraph one, Clause 2 (f) of the Law “On Land Privatisation in Rural Areas” (the Law) with the provisions of the European Union law. The above-mentioned clause of the Law stipulates that the right of legal persons to acquire agricultural land in the territory of the Republic of Latvia is subject to the condition that the owner or owners representing more than half of the voting capital in the company and all persons entitled to represent the company, if they are nationals of other European Union Member States, citizens of states of the European Economic Area and the Swiss Confederation, have received the registration certificate of the Union citizen (have registered as residents of the Republic of Latvia) and a certificate regarding the proficiency of the national language at least at B2 level (to the extent that they are able to at least negotiate on domestic and professional issues).

The Court concluded in its judgment that the legislation at issue involves direct discrimination on grounds of nationality, restricts the freedom of establishment of nationals of other Member States and is precluding to Articles 9, 10 and 14 of Directive 2006/123/EC of the European Parliament and of the Council of 12 December 2006 on services in the internal market.

Consequently, the local governments of the Republic of Latvia, when deciding on the issuance of a permit for the acquisition of agricultural land, should follow the findings of the Court stated in the judgement. In addition, amendments to the Law that will eliminate discriminatory requirements can be expected in the foreseeable future. However, this does not guarantee that other restrictions on nationals of other Member States will not be imposed. Until such amendments are made, the Judgment can serve as a legal remedy for a potential acquirer of agricultural land against the requirements set by local governments regarding the knowledge of Latvian language by the shareholders and representatives of the legal person and registration of their place of residence in the Republic of Latvia.